Is teleradiology fit for a second opinion?

Teleradiology can be described as a practice where a radiologist can interpret medical images without being physically present at the site where the images are generated. There are various modes based on computer programs that are designed specifically for the transmission of radiological images. At present teleradiology has become a significant part of medical practice, and has been gaining more importance every day.

The basic and the exclusive character of this advanced practice is the availability of a radiologist 24/7 which makes it a blessing whenever a sub-specialist like a neuroradiologist, pediatric radiologist, musculoskeletal radiologist, MRI radiologist, or a maxillofacial radiologist is needed in an emergency situation.

There are various other advantages of teleradiology such as management of high volumes when needed, quick interpretations, support of nighthawks but apart from these primary advantages there is another important aspect where teleradiology can do wonders which is, gaining a “second opinion”.

It is very important to get a second opinion to avoid misdiagnosis, sometimes a disease or a medical condition has numerous features which raise a possibility to get missed by a one radiologist but the other might pick, in such instances to arrive at a definitive diagnosis it is very much advisable to look for a second opinion.

Some radiographs are very misleading in terms of radiopacities or radiolucencies, since these are the two entities perceived differently by different radiologists. Such things can alter the treatment plan, thus for the betterment of a patient second opinion must be taken.

Conventional radiography has a lot of limitations when it comes to a second opinion in terms of the availability of a subspecialist radiologist, on the other hand, teleradiology can be the best answer for a second opinion.

The importance of getting a second opinion from a subspecialty radiologist is that it can ensure the accuracy of the diagnosis.

Highly skilled subspecialty radiologists who have training in a specific field have higher accuracy rates which are very important to avoid false-positive interpretations. The inconclusive reports can also be corrected and completed which can avoid unnecessary doctor visits and additional imaging tests.

This can further help the patient to save money by avoiding additional scans which are not needed and in some cases certain treatments or surgical procedures which are not necessary can also be excluded.

The efficacy of such specialists matters too; they can quickly give an accurate diagnosis and help the patient to start a correct treatment plan early.

Thus the peace of mind which one can achieve knowing that a specialist reviewed the scan and has got the right diagnosis to follow the best treatment plan is amazing.

There are various studies conducted to check for the suitability of teleradiology for gaining a second opinion and the results concluded that it is very much advantageous due to the several reasons discussed already above.

For the best diagnostic results in a scan like an MRI, a second opinion with the subspecialist is very much indicated. Studies show that every radiologist will interpret the MRI in a different way than the other. The treatment which depends on the exam results would vary accordingly. So for the patients to get best healthcare it is advisable to get an MRI second opinion.

To summarize it all, the second-opinion for interpretation of radiographic scans by subspecialist radiologists would always be beneficial. Second-opinion can be more efficient and improve the accuracy of the diagnosis and treatment. It can also play a significant role from a financial perspective.

Thus teleradiology can absolutely not only fit for a second opinion but can further provide advantages such as saving time and money for the patient.

“All that is needed is data transfer and teleradiology can provide any patient a second opinion from the best known radiologist anywhere in the world”.

Future of Teleradiology around the world

Role of Teleradiology during COVID and post-Covid

Improvement of patient care through teleradiology

Over the past two decades, teleradiology has gained tremendous acceptance across the…
Continue reading

Positive signs that diagnostic centers should invest in Teleradiology

In the present scenario, there is a lot of silent competition going…
Continue reading

How radiologists can tackle the financial threats post Covid-19?

COVID-19 has completely shaken the whole radiology profession, each part of it…
Continue reading

Radiology holds the key for detection of coronavirus 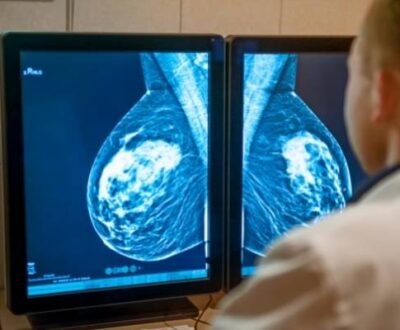 A small pilot study was published in the Annals of Family Medicine in…
Continue reading
Prev. Post
All Posts
Next Post
No Comments