Study showed that human thoughts can be decoded with functional FMRI

Action speaks louder than words and both are controlled by your thoughts, so just imagine what if someone’s thoughts are revealed. Sounds impossible but the team of scientists at Carnegie Mellon University in Pittsburgh led by Dr. Marcel Just has spent more than a decade making it possible.

Their research work started with reading simple thoughts on the functional MRI. Millions of neurons form a network across our brain to give a signal for a particular thought and each signal has a specific pattern, if those patterns are identified and analyzed then thoughts  can be decoded.

Dr. Just is a neuroscientist who spoke about this unique study in an interview on 60 minutes with Lesley Stahl.

Initially their study focused on the basic thoughts for which the study subjects were asked to think about various objects and simultaneous scans were taken. When the images were viewed they revealed specific patterns on MRI for specific objects in all the subjects uniformly.

Then they took a leap in their study from thoughts to emotions, they also divided the subject group into cases (with autism) and controls. Then they were asked to think about some emotions and the simultaneous images were taken for the brain activity.

The brain activity on MRI showed specific patterns for each emotion but with a difference in intensity, there were more intense signals in the control group and lesser in the autistic group (case group). Which gave a breakthrough that MRI could be helpful in diagnosing autism.

Later David Brent, psychiatrist at the University of Pittsburgh Medical Center dealing with suicidal adolescents conducted a study with Dr. Just on his patients and he found significant results where the positive and negative thoughts showed varied patterns when compared from the one found in patients with suicidal tendencies and the one found in normal individuals. This helped them to treat the patients precisely.

While concluding his interview Dr. Just mentioned that this study is still in its infancy period and a lot more is needed to be done before it becomes a standard in routine medical practice but once this is achieved it would be one of the greatest discoveries made in the field of medicine.

MRI uncovers brain abnormalities in patients with depression and anxiety

Study showed that human thoughts can be decoded with functional FMRI

Action speaks louder than words and both are controlled by your thoughts,…
Continue reading

Portable machine is one of latest advancements in MR imaging 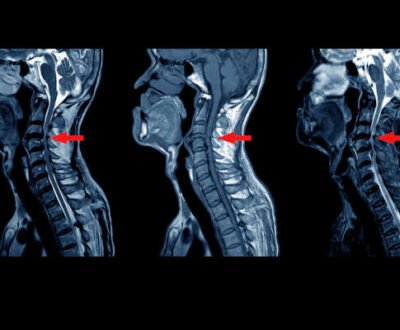 AI technology is the latest trend driver in MRI

Magnetic resonance imaging (MRI) has always been the first preference for clinicians…
Continue reading
Prev. Post
All Posts
Next Post
No Comments